Lamb for all Seasons 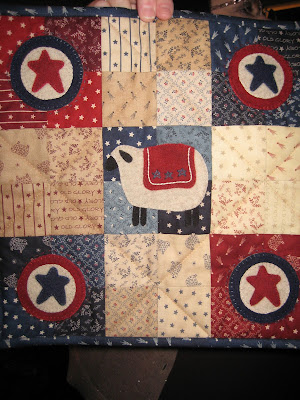 This all started when I attended a dinner/trunk show in January 2013 by Lisa Bongean (Primitive Gatherings).  At each of the place settings was a pattern and charm pack for making this little quilt from the trunk show.
The pattern is called Old Glory Gatherings and can be found free here. 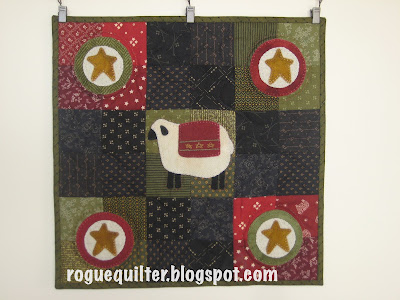 December of that year I was doing a small Christmas quilt swap with Gayle (Middle Sister Blog) and I decided to use this pattern, but switch out the colors for Christmas.

I liked it well enough that the next year I made one of my own, but added a little gingerbread man to the lamb's mouth. 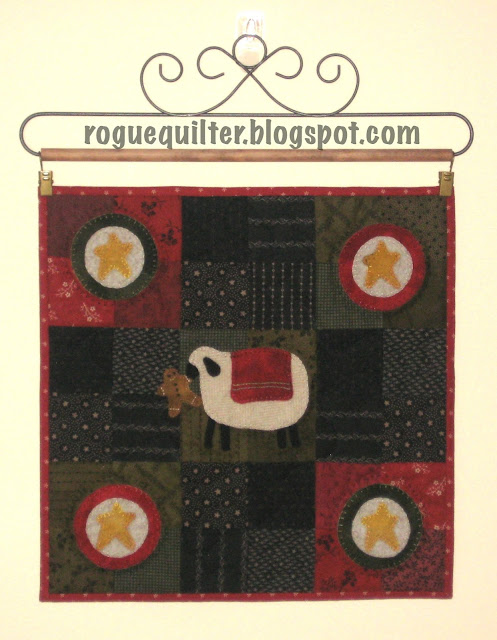 After that, one thing led to another and I began creating them for random seasons and holidays, as the ideas came to me. 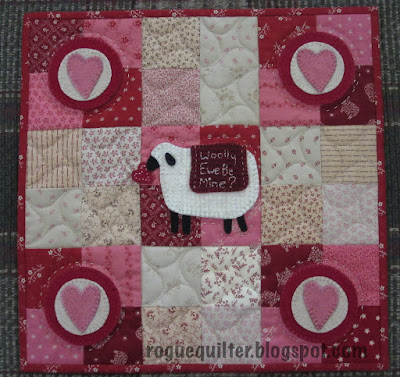 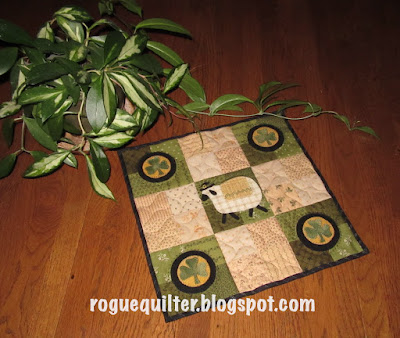 St. Patrick's Day--I love that this little lamb is dancing. : ) 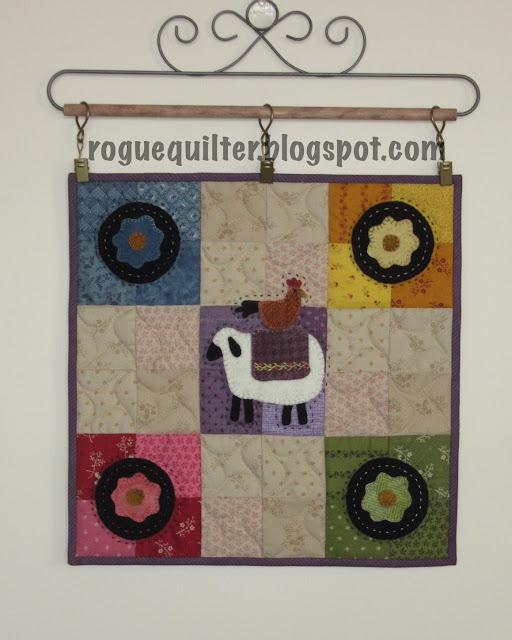 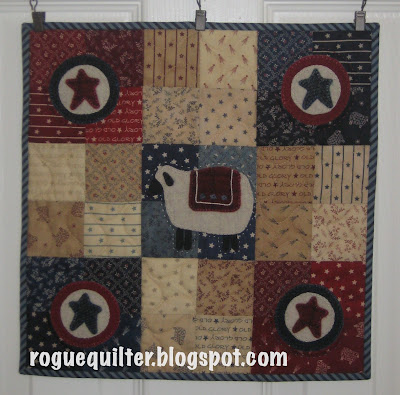 Yes, I did eventually make the original, as per the pattern. : ) 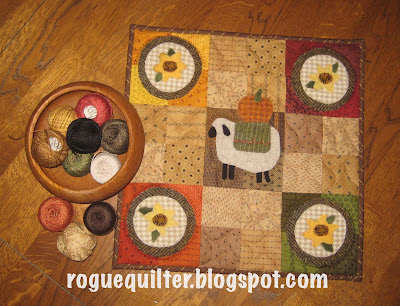 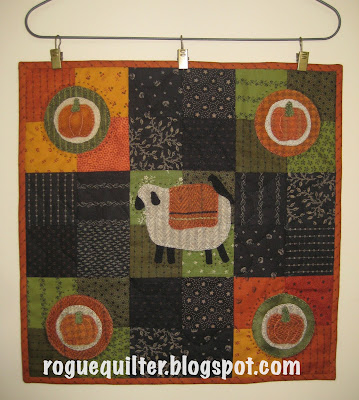 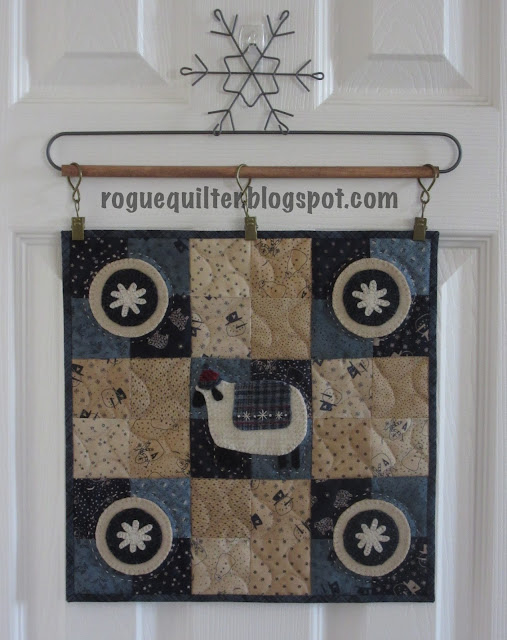 There has been one other idea kicking around in my head, but I have yet to attempt it. If I do, it will show up here.

Maybe you are inspired now to make one (or more) of your own.
Janet O.